Albania, also known as "The Last Secret of Europe" or "Pearl of the Balkans" is a country with many assets: fantastic scenery, an unspoiled environment, turquoise blue seas, rich past and friendly locals. 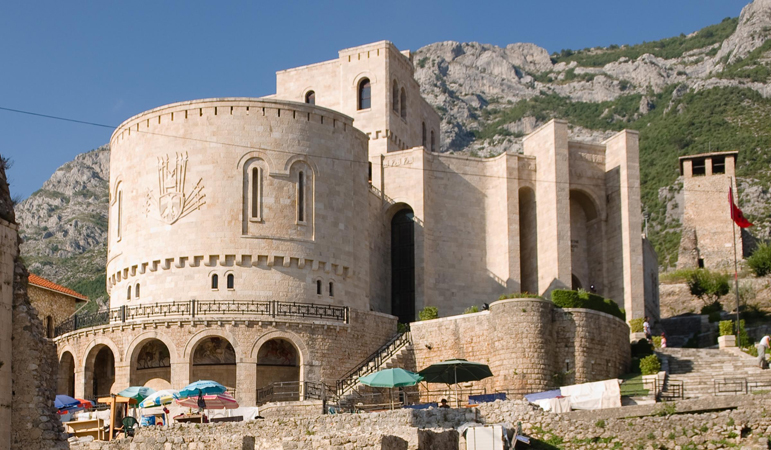 Departure for the town of Kruja. Kruja is known as the hometown of Skanderbeg, a 15th century Albanian leader, considered as our national hero for his fight against the Ottoman Empire. We will have the opportunity to learn more about this great leader by visiting the museum which was named after him, "Skanderbeg Museum". Departure to the cave of Sari Salltik, an important character of the Bokashi's. According to the Bektashi religion, this saint lodged in this 1200m-high cave. In the cave, you can also visit his grave. From the place where the cave is located, there is a fantastic landscape of the city of Kruja. Finally, we can visit the stalls of the old market located on a charming square with cobbled streets: ideal to pick some souvenirs! 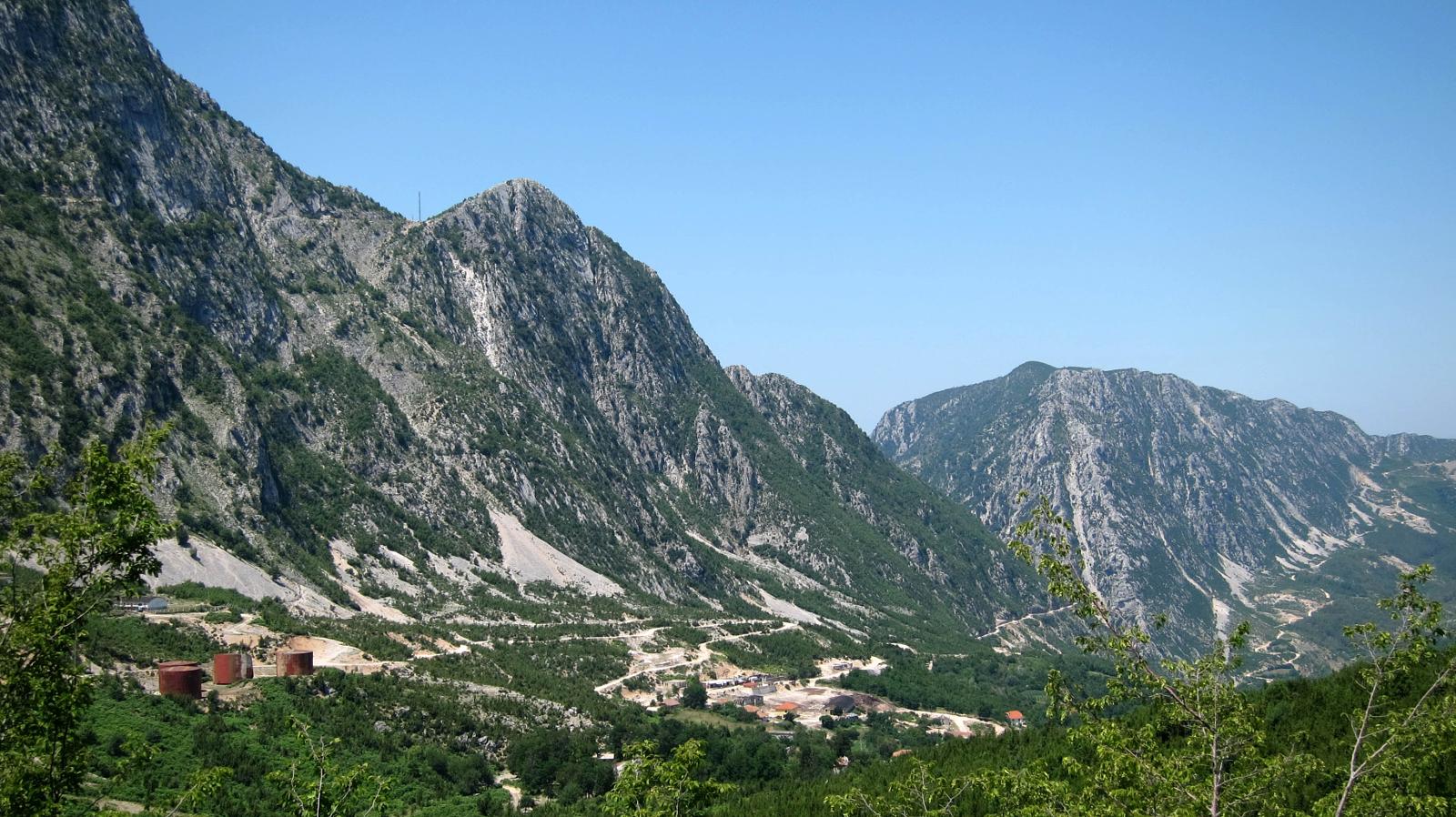 Qafë-Shtamë National Park resides in the edge of the  mountain chain north of Tirana, about 25 kilometers east of Kruja. The park is named after the Qafë-Shtamë passage, and has an area of 2000 hectares, with a beautiful mountain scenery consisting mainly of pine forests, some small lakes and major water sources. The national park was established in 1996 by the Albanian government. It is becoming lately a popular attraction for hiking.

Overnight stay in Qafeshtama. Barbeque and accommodation at Shkreli Resort. 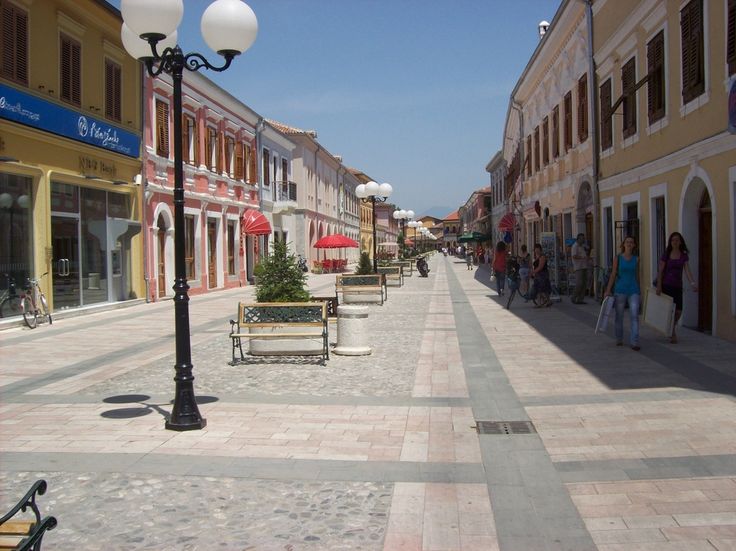 Today we will drive towards the city of Shkodra, on the border with Montenegro. Before you reach Shkodra you will eat lunch at the "Mrizi i Zanave" which is located in Lezha. There you will have the opportunity to taste their local traditional cuisine and slow food. Then, you will depart to Shkodra. This town is the symbol of harmony between all the coexisting religions in Albania. You will see some Catholic, Orthodox Muslim and Bektashi monuments. We will visit the Marubi library where the largest collection of photos in the Balkans can be found, providing valuable information about how people lived in the past.

Overnight stay in hotel in Shkodra where you will enjoy traditional music. 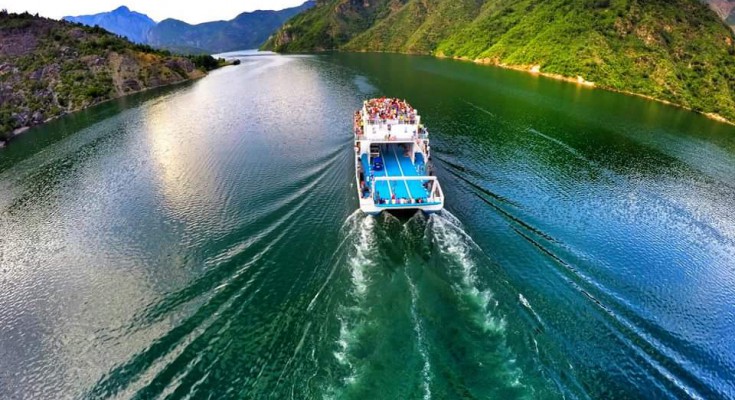 Shkodra - Koman (60 km) 1h 40 min
We head towards the splendid Valbona Valley and cross Lake Komani – a two-hour-journey comparable to the Norwegian fjords.

Fierza (other side of the lake) - Valbona, 1h 15 min (41 km)
Once in the village you may go hiking around or simply explore the surroundings.
In the evening, you will get to know the locals by sharing dinner with them and staying overnight in a local guesthouse.

Overnight stay in a guesthouse in Valbona. 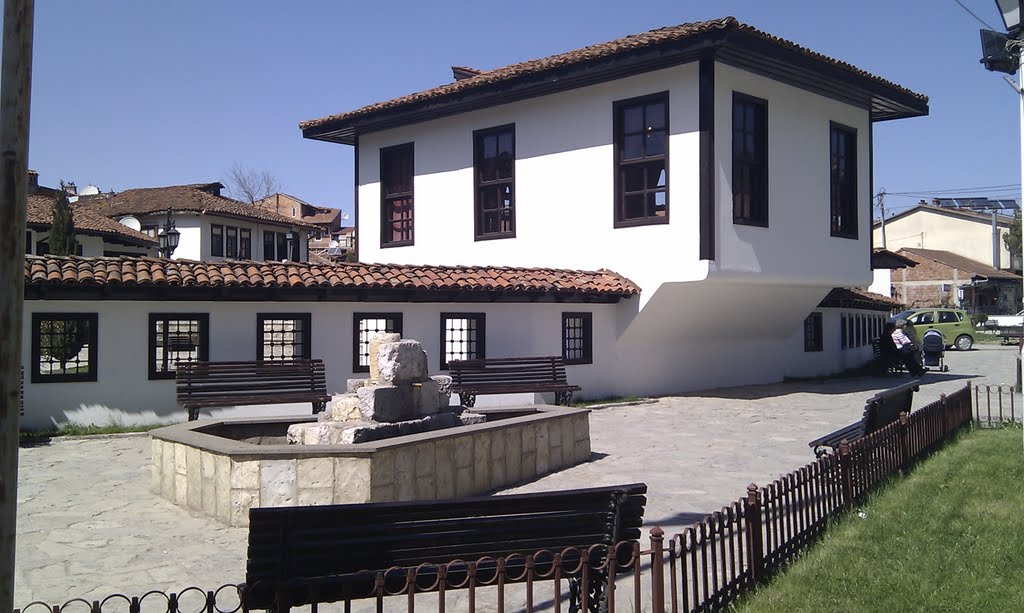 PASSPORT NEEDED TO CROSS THE BORDER WITH KOSOVO!

We cross the border into Kosovo and stop at the Decan monastery, a place where Romanesque architecture meets the artistic patterns of the Bysantine world (UNESCO protected).

Then visit the small city of Prizren, where, in 1878, 300 Albanian representatives gathered to fight against the Ottoman invasion. Prizren is also home to rich architectural heritage. 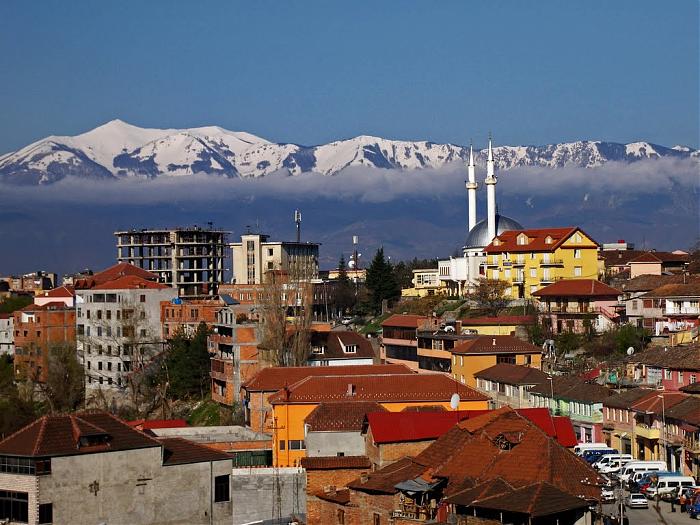 Peshkopi is a town in Dibër County, northeastern Albania. At the 2015 local government reform it became a subdivision of the municipality Dibër. It is located 187 kilometres (116 mi) away from Tirana, the capital of Albania, and 20 kilometres (12 mi) from the Macedonian border. Peshkopi lies east of the Black Drin river. The Drin valley is the lowest part of the district.

We start today with rafting at the Drin river in Peshkopi and later on we back in Peshkopi. 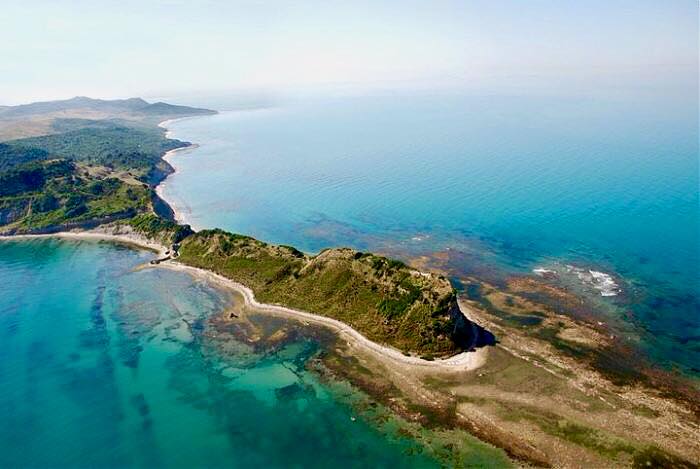 In the morning you will start traveling from Peshkopia to Cape of Rodon.In this day you will benefit from the wonderful view that the snake roads which cross between lakes and mountains offer in that area of Albania.When you arrive there you will have the opportunity to relax on the shores of the Adriatic Sea. You will close this day with an entertaining evening at the coastline.

Overnight stay in a camping tent in Kepi i Rodonit.

In the first part of the day, you will travel to the village of Petrela. There you will visit the Castle of Petrela which will be accompanied by local traditional music. Then, you will have the lucky chance to eat your lunch in that castle which offers a magnificent view in the valley of Erzen’s lake. In the latter part of the day, you will depart for the last destination, Tirana. After the accommodation in the hotel, we will get together at the “sacred place”, the Steel Wings Bar and discuss our experience and impressions about the trip. 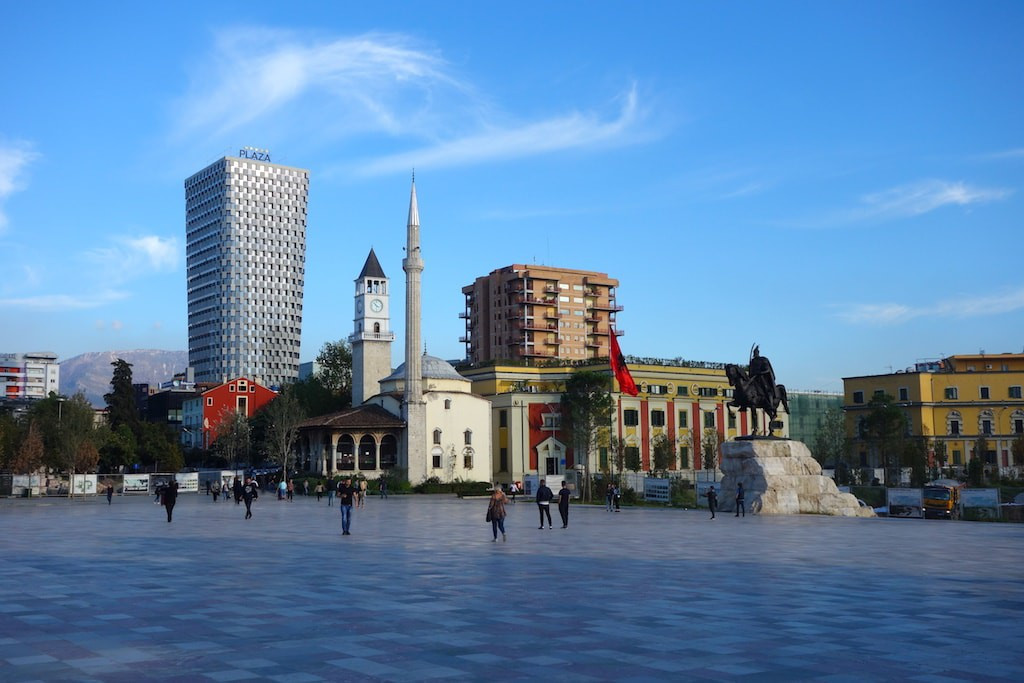 This is the last day of your trip to Albania.